Leadership / Board
Our consultants and Board are key to our Value Proposition.  As former CEO’s, CFO’s and other Senior Managers, our Board and consultants possess vast experience in all functional areas of business, including finance, branding, recruiting, marketing, organizational development, and fundraising.  In addition, our consultants are adept at applying their experience to the nonprofit sector, where we know business and process can be more challenging. 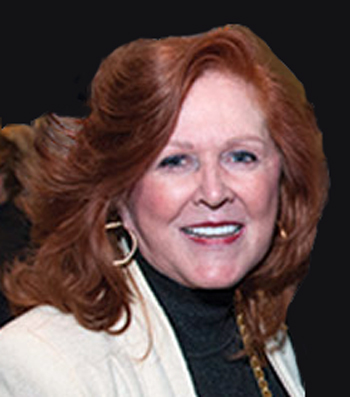 Patricia Du Mont is President of Manadu Corporation, a group of highly successful business professionals with many years of planning, operational, management and consulting experience in a wide variety of service and manufacturing organizations worldwide. Manadu assists businesses by maximizing the productive use of all their resources: people, materials, equipment, facilities, and working capital, bringing new attitudes and insights in the design and installation of management control systems. 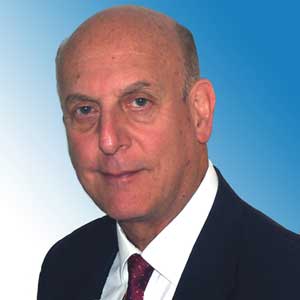 Joel Greenbaum brings a diversity of both private and public sector experience to NESC South Florida. After graduating college, Joel worked as a professional musician/arranger/composer in New York City and received a National Endowment for the Arts Award to compose a piece for jazz ensemble and orchestra. While in NYC, he went on to build and serve as President of Evergreen Recording, a professional recording studio, where he worked on recordings with artists such as John Lennon, Herbie Hancock, Harry Belafonte, Hugh Masekela, Madonna, Red Hot Chili Peppers, and many more.

After volunteering with various nonprofit organizations over the years, Joel decided to reconcile his social conscience with his work skills and transitioned into nonprofit management, where he served as the Executive Director of Youth Resource Development Corporation in Poughkeepsie, NY. While there, he was in on the ground floor of the national service program, AmeriCorps, and was a founding member and Treasurer of the New York State Corps Collaboration, a statewide collaboration of youth service and conservation corps, and the 4th largest AmeriCorps Program in the country. Joel later moved with his family to Fort Lauderdale, FL, where he worked as the Executive Director of Leadership Broward Foundation.

In moving to Florida, Mr. Greenbaum’s childhood love for the sport of tennis was rekindled, and he jumped back into the private sector, where he founded and served as President of Match Point Tennis, a retail and e-commerce tennis store with 3 locations in South Florida. In 2017, after operating Match Point Tennis for 16 years, Joel sold the business so he could once again utilize his unique skill set, passion, and experience to assist South Florida’s nonprofit community. Mr. Greenbaum’s  brings his expertise and experience to NESC-South Florida in the areas of business development, leadership training, board development, strategic planning, marketing & communications, and fundraising, among others. 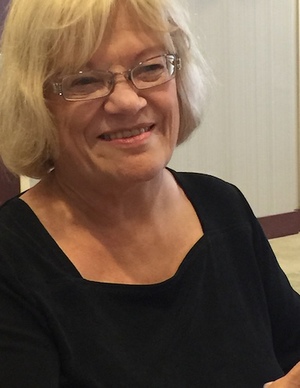 Melanie Hillenbrand has a passion to help organizations build the capacity of leaders to drive success. She brings strong skills in Leadership Development, Succession Planning, Talent Acquisition Executive Coaching, Team Building, Organization Development and Career Development.  Before leading her own consulting firm focused on executive development , Melanie held senior level leadership and organizational development positions at Mercer HR, one of the world’s premier HR consulting firms; KPMG, one of the Big Four Accounting Firms;  and Bellevue Hospital, the oldest and largest public hospital in the country. She also served at CNA Insurance and with the Blue Cross/Blue Shield Association.

She has received recognition for two major innovative initiatives which have been judged as “best-in –class.” The first was development of a Business School for over 600 partners and managers to help them develop leading edge skills in consulting to their Health and Life Science business sector.  The other was creation of a Global Career Development program for the 15,000 consultants of an international HR consulting firm.

She has a strong track record of building teams that get results, notably successfully managing a national interdisciplinary team of over 100 professionals tasked with realigning a 12,000 person organization.  Melanie has particular expertise in functional start-ups and turnarounds, in one case enhancing employee satisfaction by over 200% while increasing product offerings and reducing costs by over 30%. She has also been a pioneer and facilitator of 360 degree feedback systems, as well as assessment tools such as MBTI,  DISc and several other well known tools.

BA from Boston University and an MBA from DePaul University. 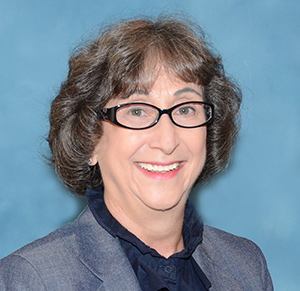 Hanna Fink is a results/team oriented executive with extensive nonprofit sector experience in problem solving and leading and managing people, programs, and facilities in highly complex and diversified organizations. Ms. Fink has spent the past 25 years working in the South Florida community for a national health and social service organization. Having invigorated the volunteer base, she orchestrated one of the largest walk-a-thons in the U.S. along with being responsible for planned giving, major gifts, and numerous special events,. Ms Fink’s ability to lead and manage while developing relationships with key stakeholders in the community has been critical to her success.

Previously Ms. Fink was the Executive in a multi disciplined full service Community Center serving 7,500 individuals and a local development corporation in an historic neighborhood. She recently completed a comprehensive course through the Society of Certified Senior Advisors (SCSA) earning the designation of Certified Senior Advisor (CSA)®, The SCSA is an international organization that has trained more than 30,000 professionals to meet the changing needs of a growing senior population. Currently involved in the Long-Term Care Ombudsman Program with the Florida Department of Elder Affairs, serving as an advocate for seniors and populations who are unable to advocate for themselves. 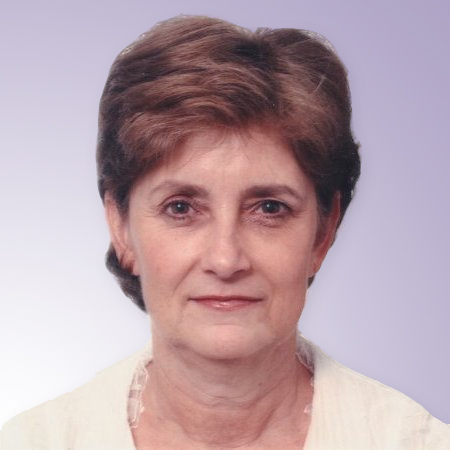 Kathy Octavio is an experienced, multi-faceted CIO and executive manager with over 35 years experience in the oil and gas industry. She was a founding partner and CIO of a successful oil and gas start-up company after holding senior executive positions in different vertically integrated business units and then in corporate headquarters in a major international oil and gas company. She started her career in its Research and Technical Development affiliate.She has proven success in IT, strategic planning, management and governance, business process analysis and alignment, outsourcing relation design and assuring IT service levels. She also has the ability to provide strategic direction and guidelines, leveraging IT so it becomes a fully client-oriented function contributing to meeting the organization’s strategic goals.

Ms. Octavio is bilingual (English and Spanish). She holds a PhD in Environmental Systems and a MSc and Eng. degree in Civil Engineering from M.I.T. and a BA in Physics from Clark University. 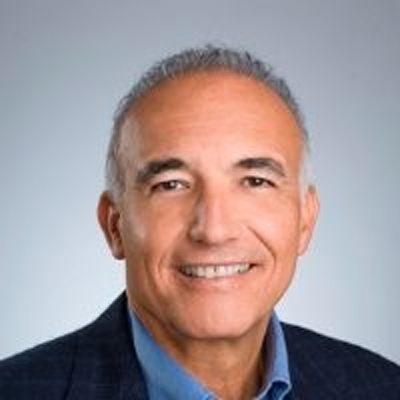 Philippe Bellande          Culturally sensitive through exposure across five continents and living in the U.S. and various countries in Latin America, Philippe Bellande is considered by many of his peers and clients to be a “bridge-builder” with a unique ability to bring separate entities together to consensus, a skill he practiced in both the for-profit and nonprofit worlds.

After taking on early retirement in 2007, from 25 years of top management positions at Mars Latin America, Philippe moved to Texas and built the house of his dreams. But pretty soon, he realized that retirement was not for him and he founded a Management Consulting Firm to lead a global project for his former employer. He also consulted for Nonprofit Entities and For Profit businesses in the development of long-term strategies aligned with their goals, vision, mission and values. The Rotary Club of Intercontinental Houston and Temple Beth Torah of Humble, Texas, were among his most successful clients.

In 2016, Philippe decided to enter the Beverage Business and moved to South Florida to start a Wine Import and Distribution company with his son. The move brought him closer to three of his six grand kids who live in Miami. Looking for ways to give back to the local community, he joined the University of Miami School of Business Mentorship Program as a mentor for MBA students and became a Senior Consultant with the National Executive Service Corps.

A native of Haiti, Philippe has a BBA from the University of Puerto Rico and an MBA equivalency from Columbia University. He is fluent is five languages. 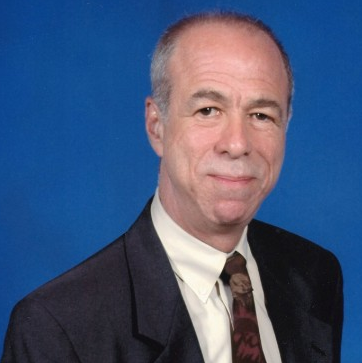 Mark Gorman  is an expert in not-for-profit accounting with over 35 years’ experience as an auditor, consultant, and financial executive. He has served as the Director of Finance and CFO of the Planned Parenthood Federation of America, the San Francisco Opera, and the Boys and Girls Clubs of Broward County. He also has served as a board member for community based organizations, committees within the accounting profession, and governmental commissions. As a member of the American Institute of Certified Public Accountants (AICPA) Not-for-Profit Organizations Committee, he participated in the deliberation and drafting of Audit Guides, Statements of Position (SOP’s) and other authoritative literature that form the basis of current not-for-profit accounting and financial reporting rules.

Mr. Gorman was an adjunct Professor of Accounting and Economics at the University of Vermont, Vermont State College, and Sonoma State University. In addition to university instruction, he has taught seminars in not-for-profit accounting and other subjects for the AICPA, Foundation for Accounting Education, and CPE Corporation. He has made presentations at AICPA national conventions and other conferences and professional forums. His articles have appeared in the Journal of Accountancy and Philanthropy Monthly.